In John Doe (G.E.B. #25) V. The Roman Catholic Episcopal Corporation Of St. John’s, 2020 NLCA 27, the Newfoundland and Labrador Court of Appeal has further clarified the test for vicarious liability in circumstances where a conventional employment relationship does not exist between a wrongdoer and its principal.

Briefly, the wrongdoer does not have to be an employee in the traditional sense: the total relationship of the parties is relevant to whether liability will be established. What is key to establishing vicarious liability is whether the principal was in a position to manage the risk posed by the conduct of the wrongdoer.

In this case, four boys living at Mount Cashel orphanage in St. John’s in the 1950s were sexually abused by five members of the Christian Brothers Institute Inc. (the “Brothers”). The Brothers were an organization tasked by the Roman Catholic Episcopal Corporation of St. John’s (the “Archdiocese”) with establishing and overseeing the orphanage. The orphanage was on property that was conveyed from a Bishop of the Archdiocese to the Brothers, in trust, for the express purpose of establishing an industrial home and orphanage. The conveyance provided that the property would revert to the Archdiocese if it ceased to be used for this purpose.

The Court lays out the well-established approach for determining whether a party is vicariously liable for the acts of a wrongdoer. First, a court must determine if any precedents conclusively decide the case. If so, the analysis ends. If no precedent exists, then a court must answer the following questions:

If the answer to both is yes, then vicariously liability shall be imposed upon the principal.

In the big picture, vicarious liability is a legal tool animated by twin policy objectives:

It is applicable in cases where the principal has the power to shape the way the wrongdoer conducts its business or does their job. The power held by the principal, along with the control it may exert over the wrongdoer, is what underpins the fairness of allowing liability for behaviour the principal may not have known about and would not have approved.

By confirming that vicarious liability may be found outside the formal employment relationship, the Newfoundland and Labrador Court of Appeal speaks to the substance of this issue. Having found that the Archdiocese had the power to shape the way the Brothers operated the orphanage, the Court’s decision to impose vicarious liability supports the policy objectives of the vicarious liability doctrine.

The Archdiocese has applied to the Supreme Court of Canada for leave to appeal the Court’s decision. 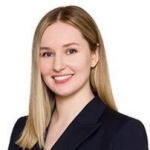 Recent Compensation Awards Made by Courts to Women Who Were Sexually Assaulted as Adults: Factors That Affect Amounts for Pain and Suffering

“I am truly grateful, that you chose the challenge of my case.”