Earlier this year, in Ahluwalia v Ahluwalia 2022 ONSC 1303, Justice Renu Mandhane of the Ontario Superior Court of Justice gave life to the tort of family violence, ordering a man to pay his former spouse $150,000 in damages for the abuse she experienced during their 16.5 year marriage. Her decision is now under appeal. Judges, lawyers, and many in justice-seeking groups concerned with intimate partner and gender-based violence are waiting to see how the Court of Appeal for Ontario responds to Justice Mandhane’s expansion of our common law to address a deep-seated societal problem.

Although created in the family law context, this tort provides survivors of sexual violence a new avenue of recourse in the civil justice system, where their abusers are family members. Arguably, the tort allows our legal system to begin to grapple with the complexity of sexual violence, as survivors are often also subject to multiple other forms of abuse simultaneously, including emotional, financial, and psychological abuse.

This tort has the potential to further access to justice for diverse communities. In particular, racialized immigrant women, who can be subjected to a myriad of abuse due to their intersecting identities, and who have limited support and resources to hold abusive family members accountable.

Ahluwalia arose from a family law dispute between a father, Amrit, and a mother, Kuldeep. In addition to the property, child support, and spousal support issues, the mother sought “general, exemplary and punitive damages for the physical and mental abuse suffered by [mother] at the hands of the [father]”.[1]

The couple met in Chandigarh, India, in 1999 and married shortly thereafter. They remained married until July 2016, at which point they separated.

While in India, the couple lived in a joint family home. Their relationship was defined along gendered lines, which meant – like many South Asian families – the mother was responsible for the caregiving, and the father was responsible for earning money outside the home. In the early years of their marriage, the focus was on starting a family.[2]

In 2000, the father suggested that the family immigrate to Canada to pursue better opportunities. By March 2002, the father, mother, and their first child had arrived in Canada. As newcomers for whom accreditation was costly and timely, they were required to work full-time in a factory to make ends meet.

Over the course of their marriage, the father was mentally, emotionally, and psychologically abusive. He was financially controlling and extremely aggressive in response to the mother’s efforts to gain independence.[3] The father would require her to seek permission to leave the home, and when the couple hosted dinner parties, she was required to remain in the kitchen.

The father was also physically abusive towards the mother. He would become jealous when she received attention from other men and would engage in severe physical abuse. These episodes of physical abuse were followed by periods of silent treatment, ending only after the mother complied with demands for sexual intercourse.[4]

In sum, the father was prone to angry outbursts when intoxicated and would meet challenges to his authority with physical violence. This violence was condoned by members of his family.[5] Notably, in September 2021, the father was charged criminally with two counts of assault against the mother and one count of uttering threats to cause death, both of which related to events during the marriage.[6]

The Anatomy of the Tort of Family Violence

In assessing the mother’s claim for damages, Justice Mandhane noted it was imperative to properly understand the relevant factual context in the 16-year pattern of emotional, mental, and psychological abuse. She explained that the “no-fault” nature of family law must give way to serious allegations of family violence that create “independent, and actionable harms that cannot be compensated through an award of spousal support”[7] and proceeded to recognize the tort of family violence.

In creating the tort, Justice Mandhane stated, “[w]hile trial judges must be cautious about developing new foundations for liability, there is scope to do so where the interests are worthy of protection, and the development is necessary to stay abreast of social change.”[8]

In her view, this was such a case. She explained that recognizing this  tort is  consistent with the compensatory goal of tort law, and imperative to remove economic barriers that survivors face when trying to leave violent relationships and access justice.

In her view, “existing torts do not fully capture the cumulative harm associated with the pattern of coercion and control that lays at the heart of family violence cases and which creates the conditions of fear and helplessness.”[9]

Justice Mandhane characterized the test as follows: a plaintiff must establish conduct by a family member towards the plaintiff, within the context of a family relationship, that:

In order to satisfy the test, the plaintiff must show that the defendant acted with an awareness of their actions (i.e., was deliberate, intentional, or calculated).

Furthermore, for the tort to be made out, the plaintiff will have to plead and prove on a balance of probabilities that a family member engaged in a pattern of conduct that included more than one incident of physical abuse, forcible confinement, sexual abuse, threats, harassment, stalking, failure to provide the necessaries of life, psychological abuse, financial abuse, or killing or harming an animal or property.[11]

Once liability is proven, the nature of the family violence, including the circumstances, extent, duration, and specific harm, will all be factors relevant to assessing damages. Aggravated damages may be awarded for betrayal of trust, breach of fiduciary duty, and relevant post-incident conduct. Punitive damage awards will generally be appropriate given the social harm associated with family violence.[12]

In this case, Justice Mandhane awarded a total of $150,000 under three heads of damages: $50,000 in compensatory damages related to the mother’s ongoing mental health disabilities and lost earning potential, an additional $50,000 in aggravated damages for the overall pattern of coercion and control and the clear breach of trust, and $50,000 in punitive damages due to the father’s prolonged and abusive conduct which required strong condemnation.[13]

Why is this important?

It remains to be seen what the Court of Appeal and other trial courts will do with the tort of family violence. While the tort has not yet been considered in any other reported court decision, it is a step towards better understanding the complexity and multifaceted nature of sexual violence, particularly when the perpetrator is a family member.

This leads survivors of sexual violence to comply with the demands of their abusers out of  fear for their safety (i.e., physical harm, risk of homelessness, and/or losing contact with loved ones). It is the nature of this coercion and dependency that is not adequately captured by other torts.

Unlike existing torts that focus on harmful incidents, the tort of family violence focuses on long-term patterns of conduct intended to control or terrorize survivors. [16] These existing torts, including assault and battery and the intentional infliction of mental suffering, do not fully capture the cumulative harm that results from such conduct as their focus is on specific and individualized incidents. Thus, while there is overlap with existing torts – a point which Justice Mandhane acknowledged – there are unique elements that have justified the recognition of a new tort.

The tort of family violence provides survivors, their counsel, and the courts with a new tool to express the profoundly calculated and deliberate nature of abuse, and hold perpetrators accountable. It has the potential to recognize that sexual violence and abuse is not an isolated incident and is deeply linked to various other forms of abuse and harm.

Perhaps what is most powerful about the tort of family violence is its potential to recognize and implement intersectionality within our analysis and understanding of abuse. Justice Mandhane’s reasoning in Ahluwalia speaks to the experience of many racialized immigrant women, who simply cannot report the abuse they face due to economic dependency, the presence of children or elders who are dependent on them, the fear of retaliation from community members, as well as the lack of social and financial support.

For many racialized and immigrant groups, discussion surrounding abuse is taboo. Often, when racialized immigrant women share their experiences of sexual abuse with others, they are told to remain in contact with their abusers in the name of keeping family members together and avoiding bringing shame to their family or community. For many, as in Ahluwalia, the motto is “stay quiet, stay happy.” This allows family members who are abusive to continue perpetrating their abuse with no accountability.

Recognition of this new tort provides survivors who are in cyclical patterns of abuse with a remedy that not only sees, hears, and understands them, but also compensates them fairly for the harms they experience.

It is a promising legal development for survivors of sexual violence, and one that our courts should continue to recognize. Ultimately, it is only as our civil justice system develops the tools to understand the complexity of sexual violence that it will be able to better protect survivors and hold perpetrators accountable – and the tort of family violence is a step in the right direction. 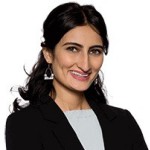 Other Resources by Zahra Vaid

Prohibitions on Non-Disclosure Agreements in Canada: PEI, Ontario, and Beyond

“With the settlement I received, I can move on from my trauma and focus on building a better future.”

In the Hot Seat: Non-Disclosure Agreements in Cases of Sexual Violence