The relationship between priests and parishioners is special and unique, and generally involves a high degree of trust. A priest is often someone who provides counselling, spiritual support, and frequently plays a role in an individual’s most significant moments in life, including marriage and baptism. But what happens when that special relationship is exploited, and who is responsible for the wrongful acts committed? This blog looks at the first adult survivor case involving Catholic clergy in Canada and considers the Court’s punitive award against the Church.

On August 25, 2020, the Supreme Court of British Columbia released a decision in Anderson v Molon, the first adult survivor case involving Catholic clergy in Canada. In his decision, Justice Crossin awarded $844,000 to the Plaintiff who was repeatedly sexually assaulted by her Catholic priest in the 1970s. Not only was the Priest found directly responsible for the wrongful acts committed against the woman, but the Court also found the Defendant, the Roman Catholic Bishop of the Diocese of Kamloops (“the Diocese”), responsible.

The Plaintiff, now 70 years old, estimated that she was sexually assaulted by Father Erlindo Molon (“Father Molon”) 70 to 100 times over a series of months. At the relevant time, the 26-year-old Plaintiff had arrived in Kamloops, B.C. to begin teaching at a Catholic elementary school. Father Molon was at that time an assistant pastor living in the rectory at the same parish. According to the decision, the evidence concerning the priest’s conduct was essentially uncontradicted: “It paints a disturbing picture of a priest pursuing, for his own prurient interests, the calculated exploitation of a young woman who was obviously, at that stage of her life, in dire need of emotional and spiritual care.” Just a month prior to arriving in Kamloops, the Plaintiff had experienced a profoundly traumatic period in her life, in which her father had become unwell and had died in her arms. Having suffered this event, she sought guidance from Father Molon during a vulnerable part in her life “from a person of spiritual statute, a stature she not only trusted but revered.”

In finding Father Molon directly liable in battery, the Court noted although consent is a defence to a claim in battery, the burden lies upon the defendant to prove the physical contact was consensual. The Court found that consent obtained through the exploitation of a position of power is no consent at all.

The Court also found that the Diocese was both directly negligent and vicariously liable for Father Molon’s sexualized misconduct committed against the Plaintiff for failing to take reasonable steps to protect her from a risk of harm it knew or ought to have known existed.

As for damages, in addition to awarding punitive damages in the amount of $250,000 against Father Molon, the Court awarded punitive damages in the amount of $150,000 against the Diocese for permitting a known perpetrator to continue to harm his parishioners without warning and without restriction. In fact, Bishop Exner characterized Father Molon as a “playboy priest”, testifying that he had heard rumours of alleged sexual impropriety by Father Molon with parishioners.

[253] The Diocese failed the plaintiff profoundly in a moment of great need. Bishop Exner was aware of troubling rumours about Fr. Molon as early as the spring of 1976. These rumours were all but confirmed when he confronted Fr. Molon. He knew that Fr. Molon’s conduct put the spiritual and psychological well-being of his parishioners at risk. He chose not to act. As he himself admitted, this resulted in a serious violation of trust.

[254] I have found Bishop Exner was candid about his failings, and expressed regret that he did not act to prevent the plaintiff’s abuse. His conduct was not vindictive or malicious. Nevertheless, his failure to act fell egregiously short of the standard of care required of a person in his position of trust and authority. It was, in my view, a purposeful and reprehensible omission, which merits the condemnation of the court. The compensatory damages already awarded against the Diocese are not sufficient, in my view, to address the blameworthiness of this conduct. I consider an award of $150,000 to be warranted in these circumstances.

The purpose of punitive damages is to punish, not to compensate for the Plaintiff’s loss and damage. They are awarded against a defendant whose conduct merits condemnation. Punitive damages are generally awarded where the misconduct would otherwise be unpunished, or other penalties are or are likely to be, inadequate to achieve the objections of retribution, deterrence and denunciation. There has been widespread judicial recognition that sexual abuse constitutes precisely the type of malicious and oppressive conduct that offends the court’s sense of decency, warranting an award of punitive damages against individual perpetrators like Father Molon. An award of punitive damages in cases of negligence, and in this case against an institution, is far less common.

In MacLeod v. Marshall, a jury made an award of punitive damages in the amount of $500,000 against the Basilian Fathers of Toronto, a Roman Catholic Religious Order of priests. The Ontario Court of Appeal chose not to interfere with the jury’s award noting that the jury no doubt took into account, “the evidence that the Basilians knew Marshall had been abusing boys before he was even ordained, they allowed Marshall to sexually abuse children for more than three decades as a teacher and religious figure, and they decided to move him to different schools when incidents of abuse were reported instead of preventing further harm.” This represented the largest award of punitive damages against the Catholic Church in Canada.

The BC court’s decision in this case further solidifies the precedent that religious organizations will not only be found responsible for clergy sexualized misconduct, but that they will be condemned for the negligent handling of disclosure of abuse. These two recent cases mark a turning point for the Church in Canada who traditionally have only been required to pay for the damage they caused victims but have rarely, if ever, been fined or punished for their institutional conduct and complicity. These cases emphasize the need for institutional religious organizations to implement policies and practices to effectively protect parishioners from harm by priests but also to ensure there are proper procedures in place for disclosure and investigation of sexualized misconduct. 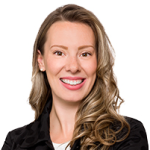 Other Resources by Ashley Boyes