The number of sexual assault complaints filed with police and classified as founded increased sharply in Canada after the #MeToo movement went viral in October 2017.

The increase was most pronounced in Quebec, a study published by Statistics Canada says.

Quebec saw the largest increase in sexual assaults reported to police, rising 61 per cent after #MeToo. The rate jumped to 20 complaints per 100,000 population from 12.4.

Newfoundland and Labrador saw the second highest increase, rising 36 per cent, and Manitoba was next at 27 per cent. The other provinces and territories were below the national average increase of 24 per cent.

Nationally, the figures show an average of 74 sexual assaults reported to police per day after #MeToo, compared with 59 per day before.

In an interview with AdvocateDaily.com, Toronto civil sexual abuse lawyer Anna Matas says she’s not surprised by the numbers and believes the #MeToo movement has given some complainants the confidence to come forward.

“It has long been recognized that sexual assault is a crime not usually reported to the police. One of the most common reasons for this under-reporting is the shame and stigma felt by survivors of sexual assault,” says Matas, a lawyer based in the Toronto office of Lerners LLP.

“The #MeToo movement has brought conversations about assault and abuse into the public discourse, which has helped reduce the stigma surrounding these issues for some survivors. Recognition that they are not alone in this experience has empowered many survivors to come forward with reports of historical or contemporary violence.”

She also believes that “detailed investigative journalism over the past couple of years has highlighted systemic problems with the process of reporting sexual assaults to the police.”

The Globe and Mail, for example, conducted a 20-month investigation that revealed “sexual-assault victims are more likely to be believed in some areas of the country than in others.”

Matas says such media reports helped shed light on the “manner in which many sexual assault claims have been dismissed by police without investigation.”

“There has been an increased focus on how pernicious myths and stereotypes about sexual assaults and victims can influence the reception of complaints at the initial reporting,” she says. “Recognition is the first step in correcting this historical problem.”

Matas says the study period since #MeToo “is relatively short, and it will be interesting to see whether the increase in sexual assault reporting is sustained over time and whether there is any correlation between increased reporting and conviction rates.”

She says the success of the movement won’t be measured by the number of convictions that result.

” I think the real success is that people are talking about sexual assault and reducing the taboo around reporting,” says Matas. 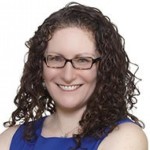